The roots of Lankhorst reach back over 250 years. Established in 1751 as a ropery and sailmaker’s loft in Sneek in The Netherlands, the company became known as Lankhorst” after Nikolaas Jurgen Lankhorst took over the company from his in-laws in 1803. During the 19th and 20th centuries, Lankhorst grew from a local artisan business into a world-wide supplier of rope and ships mooring lines. These activities still form our core business – Lankhorst Ropes is the largest company within the Lankhorst group, and a world leading rope manufacturer.

After several years of working within a strategic alliance with the Portuguese rope and netting producer, Grupo Euronete SGPSA, Lankhorst and Grupo Euronete merged into the Lankhorst Euronete Group. This group holds a leading position in many international markets. In addition to maritime and offshore ropes Lankhorst is now the largest producer of fish netting in the world, and one of Europe’s market leaders in plastics recycling. Through innovation and product development, we have also built strong market positions in industrial yarns, PURE® composites products, and the yachting and agriculture markets.

In 2003, on the occasion of the group’s bicentennial anniversary, Her Majesty the Queen of The Netherlands g ranted the company by Royal Warrant the predicate “Royal”.

Today Lankhorst continues to lead through World Class research and development into high performance materials and products. This enables us to work with our customers in overcoming the many commercial and engineering challenges they face in responding successfully to the demands of a competitive global business environment.

History started modestly in 1803 as Lankhorst Touwfabrieken, but the company has since expanded into a multi-faceted enterprise of international stature around 1,300 employees!

The correct choice of lifting gear is just as important as proper use. This is the only way to achieve the required levels of safety for operators and loads. If you are unsure what is the right lifting gear and the safest lifting method, refer to the Lifting table ή Contact us.

SPANELAS, since its foundation in 1979, has been consistently operating in the field of industrial equipment and lifting systems. Being a pioneer in our initial field of expertise of cargo lifting and lashing...more

You will find us 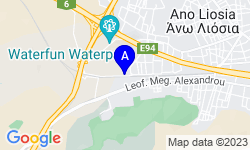